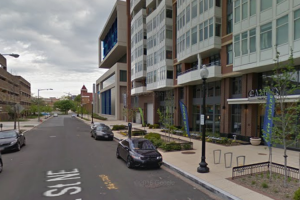 A man who was stabbed in NoMa yesterday afternoon turned up in Ivy City before he was taken to the hospital, according to D.C. Police.

The stabbing occurred on the unit block of L St. NE yesterday some time yesterday afternoon.

The man was walking along L Street when someone approached him from behind, according to a police report. The unknown assailant then stabbed the man in the ribcage.

The man later turned up on the 2000 block of Gallaudet  St. NE in Ivy City around 3 p.m., where he reported the stabbing to police. The man was taken to the hospital in serious condition, according to D.C. Fire and EMS spokesman Vito Maggiolo.

Authorities haven’t released any information on a possible suspect.