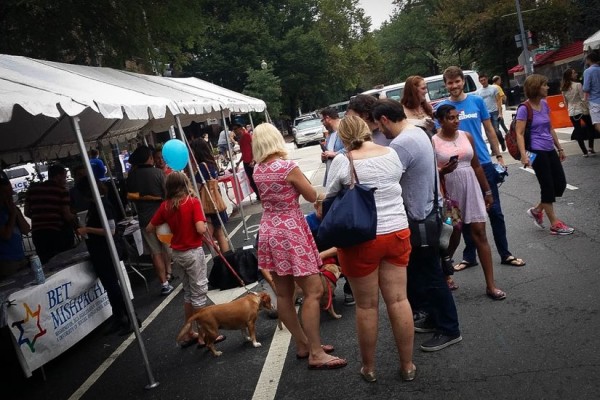 The annual 17th Street Festival will return to Dupont later this month with a few new features.

The street celebration is slated to bring artisans, vendors and performers to roughly four blocks of 17th Street NW on Saturday, Aug. 27. But it may look a little different this time around, organizers say.

The festival will include a “few new things this year,” like a costumed dog parade, a mariachi band and a Chinese dragon dancer, said Bill McLeod, executive director of Historic Dupont Circle Main Streets, the organization putting on this year’s event.

This year’s event will also have parades for babies and kids and a play area with a moon bounce, face painting and a ball crawl, McLeod said. Additionally, attendees can buy a wristband to get discounts at businesses along the 17th Street corridor.

But perhaps the biggest change coming to the annual festival will be the lack of a main stage area, where local musicians and drag queens usually performed.

Instead of a stage, this year’s festival will have acoustic musical acts that roam up and down 17th Street, McLeod said. The idea is to put on a good show while keeping the volume down.

“It’s great if you like listening to music, but if you’re a vendor near the stage, you’re blasted all day,” he said. “It will be a more moderate sound [this year].”

Despite the changes, however, the annual celebration is still aimed at promoting the restaurants, bars and shops on 17th Street.

“That’s really the goal of the festival,” McLeod said. “To remind everybody that 17th Street is loads of fun.”