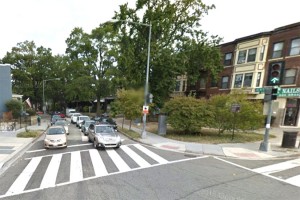 A would-be thief held a knife to a man’s throat in Park View last night, but left him alone after discovering the victim had no money, police said.

The attempted armed robbery occurred on the 700 block of Kenyon Street NW about 10:45 p.m. Tuesday.

The victim was walking in an alley about a block north of Bruce Monroe Community Park when a man came up to him from behind, according to authorities. The new arrival then grabbed the victim by his shirt and put a knife to the man’s throat before ordering him to hand over his money.

The man with the knife soon after went into the victim’s pocket to grab his wallet. But when he pulled the wallet out, he discovered it was empty.

He then put it back in the victim’s pocket and fled.