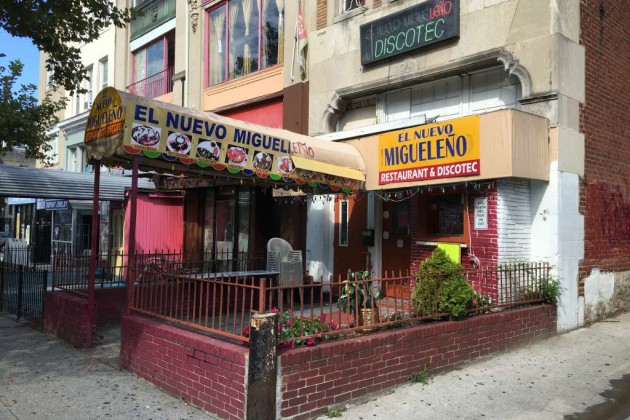 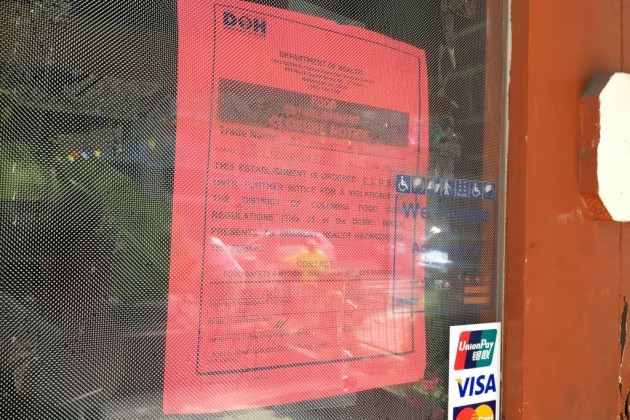 A Latin American restaurant in Adams Morgan is closed for now after a D.C. food safety and hygiene inspector reported observing a “heavy infestation of vermin,” according to the D.C. Department of Health.

El Nuevo Migueleno at 1721 Columbia Road NW can’t serve customers “until further notice” for presenting “an imminent health hazard(s) to the public,” according to a DOH food establishment closure notice on the eatery’s front door. It wasn’t immediately clear when the health official put up the sign, which a Borderstan reporter saw this morning.

The inspector found a “gross insanitary occurrence or condition that may endanger public health including but not limited to heavy infestation of vermin,” according to DOH. The restaurant also didn’t have a person in charge and a valid license to operate as an eatery when the official visited.

The agency didn’t immediately provide any further details about the closure. DOH typically releases full reports on restaurant closures within a week of its inspections.

more stories
Previous
‘Pancake Selfie’ Truck to Roll Through Adams Morgan Next Week
Next
Inside Real Estate With Kevin Wood: Programs for Home Buyers in D.C.