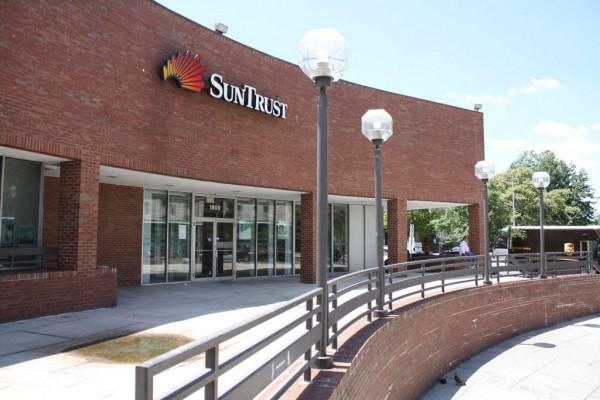 The proposed SunTrust plaza redevelopment by PN Hoffman is one of the most significant and consequential developments in Adams Morgan. However, the project clearly violates the law — both zoning regulations and historic preservation guidelines — and so must be significantly redesigned.

The project will forever transform the prominent corner of 18th Street and Columbia Road NW — the gateway to Adams Morgan. The project has rightly garnered significant media coverage and has energized neighbors unlike any project in memory. Many commentators have been very vocal when debating the merits of the SunTrust plaza’s public space. Undoubtedly, the SunTrust plaza is an important space and deserves protection. Yet, the debate over the future of the plaza has overshadowed the other important legal issues at stake here.

As one of the members of the Advisory Neighborhood Commission representing Adams Morgan (ANC 1C), I strongly support thriving development and economic growth in Adams Morgan. I am committed to ensuring that any development project is undertaken in a thoughtful manner that respects the special character of our community, which the citizens of Adams Morgan have strived so hard to build.

I challenge those who have simply portrayed this debate as a choice between pro-development and anti-development forces. The community, led by ANC 1C, has engaged in a deliberate, comprehensive and inclusive process that will hopefully lead to a win-win scenario that delivers a building whose scale and height complies with the law, protects a substantial portion of the plaza for public use and delivers a successful project for the developer. These goals are not mutually exclusive. If PN Hoffman meaningfully engages with the community and is open to creative solutions, we can correct the myriad of legal infirmities with the project, namely its excessive height and disproportionately massive scale.

One of the most consequential elements of Adams Morgan is its historic structures and historic districts. The project is located within the Washington Heights Historic District, and so must be built in conformity with historic preservation guidelines. As explained at length in the detailed formal resolution of ANC 1C, the proposed height and scale of the project clearly violates historic guidelines.

These substantive concerns were validated by the Historic Preservation Review Board — the D.C. government agency charged with ensuring that projects comply with D.C.’s historic preservation laws. At a hearing on the project, HPRB declined to approve the project. Instead, HPRB provided a detailed list of significant revisions that PN Hoffman must implement if they wish to win approval for the project.

Multiple HPRB members explained that the height, mass and scale of the building were so enormous as to be incongruous with existing neighboring structures. In fact, board member Joseph Taylor declared that the project ignored the “blood line” of 18th Street and needed to have its height significantly reduced in order to comply with historic preservation law. Similarly, board member Graham Davidson explained: “The 18th Street side is truly a problem, and the building is still far too big in comparison to the other buildings along the street.”

Also, PN Hoffman has inappropriately claimed that this project complies with D.C. zoning laws. However, the relevant zoning law doesn’t allow this project to be as tall or massive as the developer proposes because the project fails to meet the setbacks and rear-yard requirements of the zoning code. This has forced the project to seek zoning variances because it exceeds the zoning limits. (For more details, please read ANC 1C’s detailed resolution outlining the zoning violations of the project.) There are a number of pending developments adjacent to this site which are awaiting the outcome of this debate. If the project is built as proposed, it will establish a detrimental new benchmark for height and scale for future buildings on 18th Street, transforming a row dominated by two- to three-story rowhouses into a row dominated by massive apartment buildings.

All told, the project can and should be substantially redesigned to comply with the law. I remain hopeful that if the developer works constructively with the community and within the existing historical guidelines and zoning, we can have a win-win development at this monumental location in Adams Morgan. Our neighbors deserve nothing less!

Buffa is the commissioner for ANC 1C Single Member District 08 and chairman of the commission’s planning, zoning and transportation committee. He can be reached at [email protected].

The views and opinions expressed in this commentary are those of the author and do not necessarily reflect the views of either ANC 1C or Borderstan.