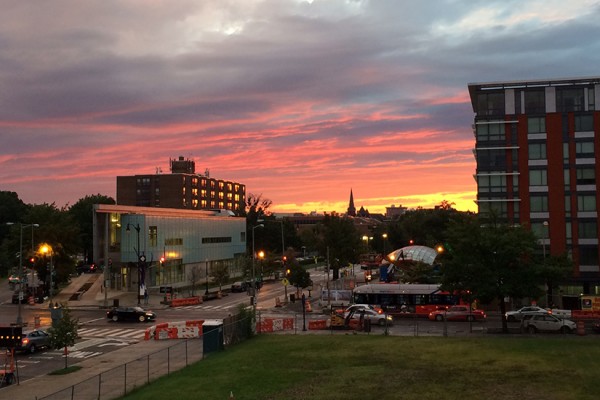 Back to School for DCPS Kids — D.C. Public Schools students across the District are heading back to class. Today marks the beginning of the traditional school year for thousands of students. [Twitter / DCPS]

Casa Ruby Founder: Organization ‘Kept Me Alive’ — Casa Ruby, an organization that advocates for local transgender, lesbian, gay and bisexual people, also helped keep its founder, Ruby Corado, motivated during tough times. “The only thing that kept me alive was doing this work,” Corado told the Washington Post. “For a big part of my life, I felt I should have never been here, but I kept being here. I think I was given this life so that anybody who is going through anything, if they have any doubts that they’re going to be okay, they can look at me and know they’re going to be fine.” [Washington Post]

How Half Smoke Used Data to Pitch New Restaurant — The data is clear: millennials will like the new fast casual sausage eatery opening this month at 651 Florida Ave. NW. Or at least, that’s what the restaurant’s founder, Andre McCain, says. McCain spent months drilling into the numbers to determine why businesses succeed or fail and honed his fast casual sausage eatery concept in the process. [Washington Post]

Pun Fun at DC Improv — Meet the wizards of wordplay that compete to make the best (or worst?) puns at DC Improv. [DCist]

more stories
Previous
What to Expect Around Town This Weekend (Aug. 20-21)
Next
Saxbys Coffee Returns to Dupont With Free Cold Brew Today