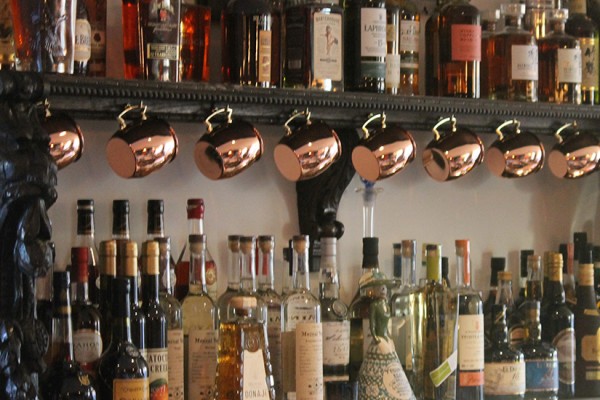 Two bars in Shaw and Logan Circle are looking for your help to get in Playboy this November.

Columbia Room (124 Blagden Alley NW) and Left Door (1345 S St. NW) are among the 50 finalists for the men’s magazine’s annual “Best New Bars 2016” list. But the D.C. watering holes could rank among the top 10 U.S. bars in Playboy’s November issue, if they secure enough votes on this website (which is safe for work).

Vote for @ColumbiaRoom and then reward yourself with a drink. It's how democracy works. @Playboy #SFW https://t.co/a11spHNXwQ

Columbia Room, which Eat the Rich and Southern Efficiency owner Derek Brown reopened earlier this year, is “far grander” than when it was in the back of the old Passenger, Playboy reports (SFW).

As for Left Door, the bar is a “hushed, bygone haven that belies the non-stop bustle outside” and has a “bordello-meets-parlor” vibe, according to the magazine (SFW). Brown’s brother, Tom, who also owns The Passenger, opened Left Door in January.

“Every year we search the U.S. for the top new places to get a good drink: the best spots where they take making a good drink seriously, but don’t take themselves too seriously,” Playboy says on its website.