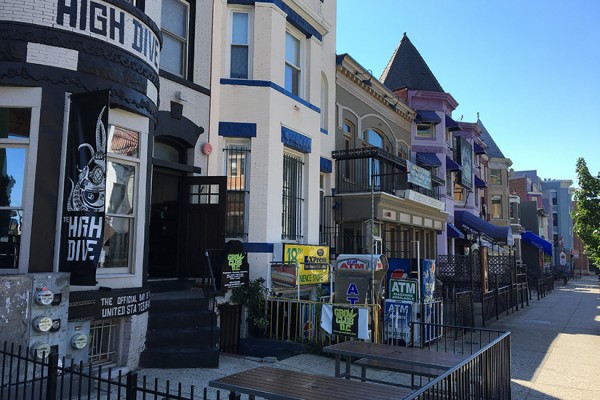 TaKorean to Open Location on U Street — It looks as though the Korean-Mexican restaurant has plans to bring its tacos to the U Street corridor. The company reportedly signed a lease for the spot formerly occupied by U Street Cafe. [Washington Business Journal]

Nick Cannon, Howard University Freshman? — The actor, musician and former Nickelodeon star has apparently enrolled at the historic university. “I have friends, mentors and colleagues who attended Howard University. I look forward to this new journey in my life and am excited about the possibilities ahead,” Cannon said in a statement. [Washington Post]

ShopHouse Serving Wraps in Dupont — The Chipotle spinoff now serves wraps, but only at its location at 1516 Connecticut Ave. NW. The eatery started serving the burrito-like menu items after Georgetown students started bringing their own tortillas there, according to the company’s director of concept development. [Washingtonian]

D.C. Police Nab 60-Year-Old for Anti-Semitic Graffiti — MPD has arrested a man suspected of scrawling the word “JEW” on a crosswalk in Chinatown several times over the past month. Police yesterday arrested Generoso Anthony Capodilupo, 60, and charged him with multiple counts of defacing property. [DCist]