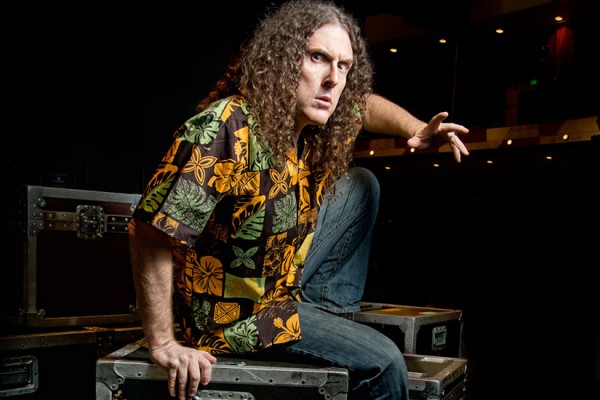 “UHF” is scheduled to get a special screening on the U Street corridor this fall with its star, “Weird Al” Yankovic, on hand to give his take on the cult classic comedy movie.

Yankovic, also known for “My Bologna,” “Amish Paradise” and other music parodies, is set to provide live commentary while the film plays at The Lincoln Theatre (1215 U St. NW) on Sunday, Oct. 30. The show, which begins at 8 p.m., also is slated to include insights from New Yorker writer Malcolm Gladwell, comedian Dave Hill and other yet-to-be-announced guests.

“If you haven’t watched UHF a million times like we have, we recommend checking it out before you come, cause we’re gonna talk over it the entire time,” a website for the event says.

The flick, which came out in 1989, is centered around a man (played by Yankovic) who changes a television station’s programming to boost its ratings. As IMDb puts it: “A local public station gets a new owner. The station becomes a hit, with all sorts of hilarious sight gags and wacky humor.”

Tickets for the event are $35.

The showing is part of the eighth annual Bentzen Ball comedy festival, which includes performances by Tig Notaro, Jon Dore and Bridget Everett around the District.