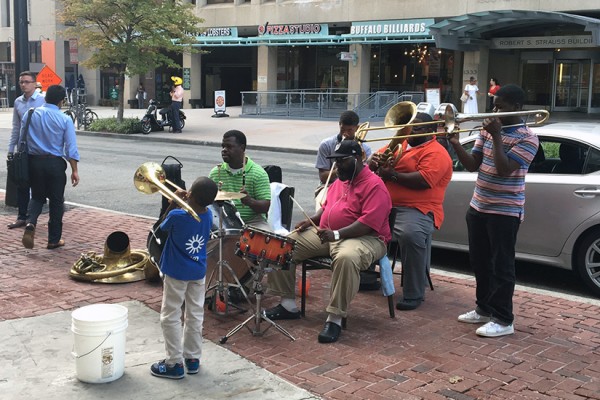 Sunday Service, Shorter Wait Times Coming to D.C. Streetcar — It will soon be possible to catch a streetcar on H Street all seven days of the week and every 12 minutes.The District Department of Transportation (DDOT) will reportedly announce the service expansion later today. [WAMU 88.5]

Haikan to Open Saturday at Atlantic Plumbing Near 9:30 Club — The team behind Daikaya and Bantam King is slated to open its newest restaurant in the Atlantic Plumbing development this Saturday. When the restaurant opens, diners can expect Sapporo-style ramen, mapo tofu poutine and a cocktail made to taste like wasabi peas. [Washington City Paper]

Tree Nearly Nails Employee of Local Pub — Watch as a tree falls near Bloomingdale’s The Pub and The People, narrowly missing an employee. [FOX 5]