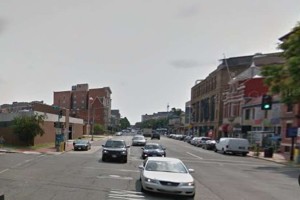 A group of robbers stuck a knife to a man’s back while robbing him on the U Street corridor early this morning, according to D.C. Police.

The robbery occurred on the 1700 block of U St. NW just after midnight. The area where the crime occurred is roughly a block away from MPD’s Third District police station.

A man was walking away from his car when three people approached him from behind, according to a police report. One of the people pressed a knife to the man’s back and said, “give me all you got.” Another person from the group then went through the man’s pockets and stole his wallet.

The three thieves were last seen heading east on U Street, police said.

Authorities tweeted about the crime about an hour after it occurred: