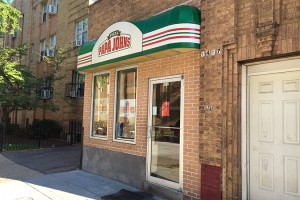 A Papa John’s in Columbia Heights is now open after a food safety and hygiene inspector reported a “heavy infestation of vermin,” according to the D.C. Department of Health.

The pizza shop at 1417 Otis Place NW reopened Saturday after the DOH official closed it Thursday. The Papa John’s passed a follow-up DOH inspection, allowing it to resume business.

The DOH inspector on Thursday found a “gross insanitary occurrence or condition that may endanger public health including but not limited to heavy infestation of vermin,” according to the agency. But DOH has yet to elaborate.

“Papa John’s takes food safety and sanitation very seriously,” Papa John’s spokesman Pete Collins said in an email. “After investigating this issue with the franchise location involved, it is our understanding that the franchisee quickly addressed the violations and took immediate action to resolve any issues.”