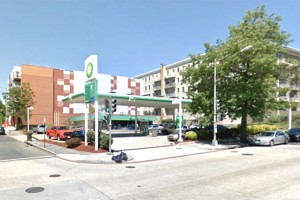 A man reclaimed his stolen scooter after taking a punch to his face and a screwdriver to one of his arms in Columbia Heights yesterday, police said.

The victim was waiting for cops to arrive to take a report on his stolen scooter when he and another person saw two young men riding it toward the BP, according to authorities.

But the victim blocked the vehicle.

One of the young men then punched the victim in his face. That young man or the other person with him also cut the victim’s left arm with a screwdriver.

The young men fled soon after.

A thief also hit a woman and took her iPhone in Shaw yesterday morning, according to authorities.

The victim was walking about two blocks north of the Walter E. Washington Convention Center when someone came up to her from behind, police said. The new arrival then punched her, knocking her down.

The attacker eventually grabbed the woman’s cellphone and got its passcode from her. The robber ran away with two other people soon after.