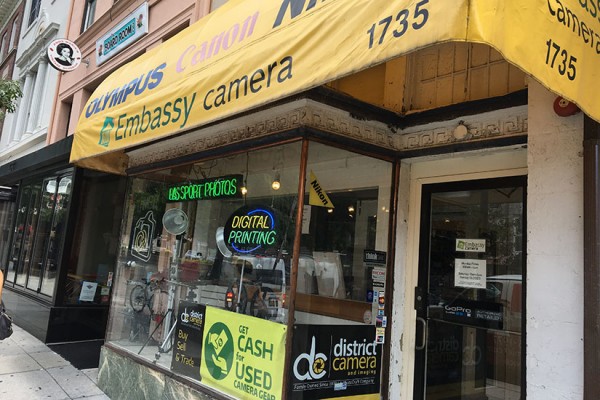 District Camera — also known as Embassy Camera — is set to close its location at 1735 Connecticut Ave. NW and reopen near the Carnegie Library, according to store employee AJ Glover. Though the store previously planned to leave the neighborhood earlier this month, it now plans to leave by Sept. 20, Glover said.

Glover said that although he doesn’t know the exact address, the new store “will be on I Street a few blocks west of Carnegie Library.”

“A lot of people are shocked that we won’t be in the same place that we’ve been at for 12 years but many are relieved that they’ll still have a place to go to,” Glover added. “Personally, I think that moving can only bring good things; we’ll have a bigger space with more products so we’ll be able to please a larger variety of clientele.”