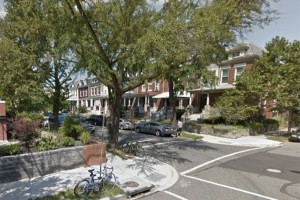 A man was met with gunfire when he chased after a robber who pistol-whipped him in Columbia Heights early yesterday morning, police said.

The violent encounter happened on the 1300 block of Meridian Place NW about 1:15 a.m. Tuesday.

The victim and another man were walking about three blocks north of the Columbia Heights Giant when a silver car with three people stopped near them, according to authorities. Two of the people eventually got out of vehicle.

One of them then used a handgun to hit the victim several times in his head before taking the man’s wallet. The thieves left to return to their car soon after.

But the victim wasn’t done with them.

He chased after the duo until one of them fired a gun multiple times and fled with the other suspects, according to authorities.