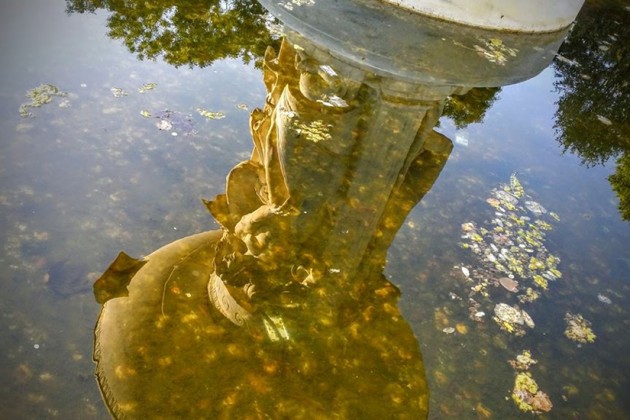 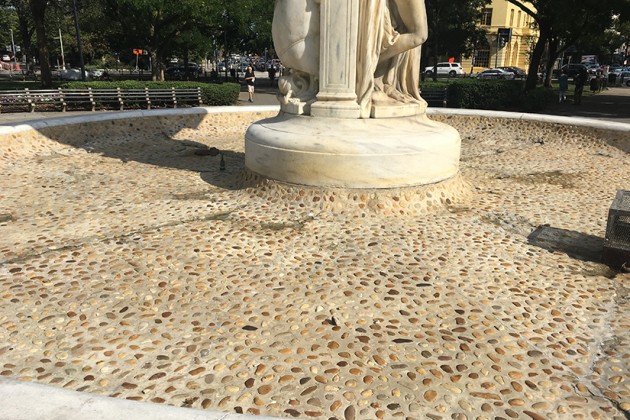 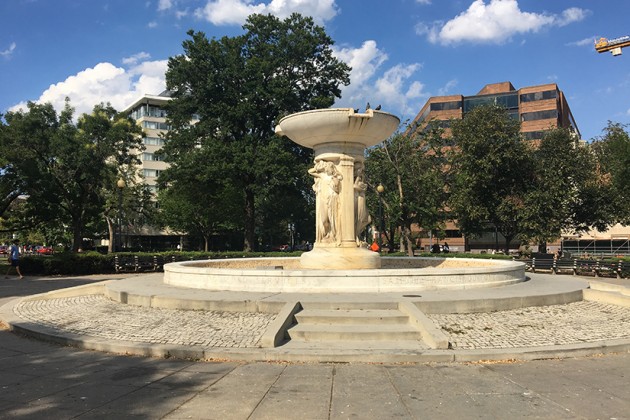 Dupont Circle’s landmark fountain is dry again, and this time it’s because of green slime.

@NationalMallNPS DuPont Circle fountain is kind of disgusting lately. Any chance it can be chlorinated? See pix. pic.twitter.com/DlAmUHBzkJ

The scum, said Park Service spokesman Mike Litterst, was algae that flourished due to a “clogged intake line” in the fountain’s pipes. The clog prevented fresh water from circulating in the fountain, leading to the slimy mess, Litterst explained.

“Our facility management staff drained it yesterday and cleaned out the algae,” he said. “They will snake out the line tomorrow and if all goes well it will be flowing again on Friday.”

Dupont Circle’s fountain has had somewhat of a troubled year. The fountain overflowed immediately after workers switched it on in May. Then, leaks in the fountain’s piping caused it to stay dormant until mid-July.