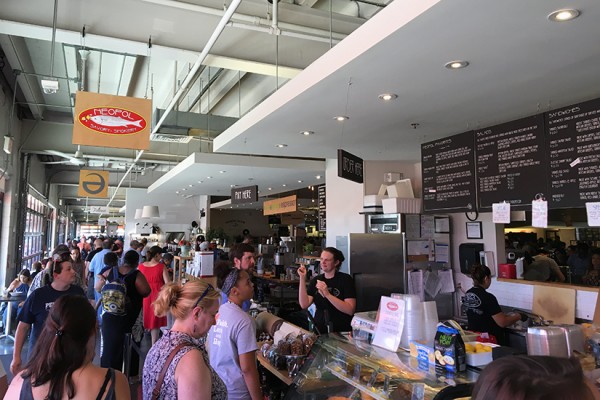 Man Accused of Writing Anti-Semitic Graffiti in Chinatown Called Himself a Monk — The man who allegedly wrote the word “JEW” several times on a crosswalk in Chinatown was a self-proclaimed clergyman. [Washington Post]

Milk Cows Become Meat at Masa 14 — The chef at this popular 14th Street restaurant is putting retired dairy cows on the menu. The beef, says chef Ryan Ratino, is “not extremely high in marble content” and is cooked sous vide and roasted with brown butter. [Washington City Paper]

Green Day to Play at 9:30 Club Next Month — The pop punk band is slated to play the concert venue on Oct. 3, so here’s our obligatory “Wake Me Up When September Ends” joke. [WTOP]