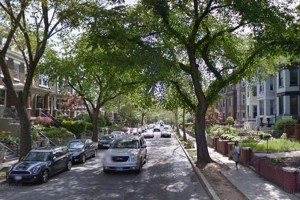 Three thieves held a knife to a man’s neck and told him to stay quiet during a robbery in Columbia Heights late Tuesday night.

The robbery happened on the 1200 block of Columbia Road NW just before 10 p.m. Tuesday evening, according to D.C. Police.

A man was walking in an alley near Columbia Road when he was approached from by three robbers, according to a police report. One of the robbers stepped in the man’s path and told him to “give us the money.” Another robber pressed a knife to the man’s neck and told him “don’t move and don’t scream.”

The robbers then reached into the man’s pockets and stole $300 in cash before leaving in an unknown direction, police said.

A woman was walking along K Street when two boys passed her. Without warning, the boys punched the woman, snatched her backpack and ran away.

While paramedics took the woman to the hospital, police canvassed the area and were able to nab the boys at the corner of 5th and Massachusetts Ave. NW.