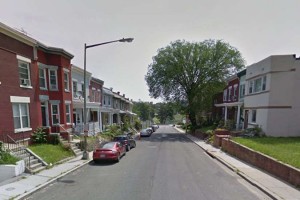 A man armed with a gun robbed three people and then shot at them as they ran away near Howard University early yesterday morning.

Three people were walking east on Harvard Street when a man on a bike approached them, according to a police report. The man asked, “you know what time it is?” before pulling out a black handgun with an “extended magazine.” One of the victims handed over their phone, to which the robber said, “I know you’re hiding your wallet.”

When the robber added, “I am going to shoot all of you,” two of the victims ran west on Harvard Street, police said. The robber then tried to pistol whip the third victim, causing that person to run, too. As the victims scattered, the robber fired a bullet at one of them, hitting a nearby parked car.

But the robber wasn’t done with his targets just yet.

The gunman hopped on his bike and chased the victims down Harvard Street, Georgia Avenue and through an alley on the 700 block of Fairmont St. NW, according to police. After a brief chase, the victims were able to shake their pursuer and flag down a bystander for help.

Police were unable to apprehend the robber and have not yet provided a description of the man.

Police are also on the lookout for a burglar who stole a phone and two sandwiches from a coffeeshop chain on 14th Street.

Someone broke into the Peet’s Coffee and Tea at 1829 14th St. NW on July 11, according to a police report. The burglar took a cell phone and two sandwiches from the store before leaving.

A video released today shows a man entering the store and walking into a room in the back. The man then appears to look around for a moment before snatching a phone from a desk and running out of the store.