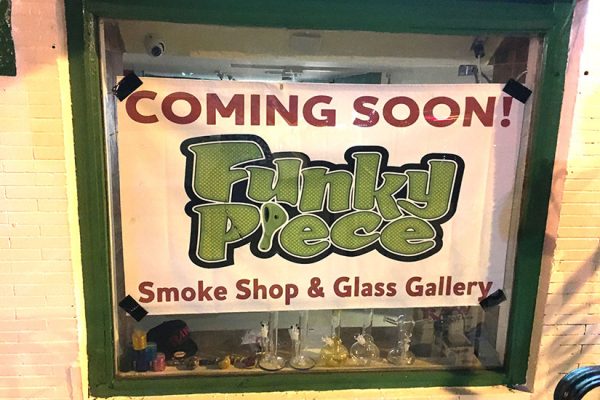 An online business that says it has the “latest and funkiest glass and smoke accessories for the true connoisseur” is set to open its first brick-and-mortar location in Adams Morgan.

The Adams Morgan storefront most recently was occupied by Crooked Beat Records, which left in May. The record shop’s owner said he moved his business out after he developed “serious respiratory problems” from working in the store.

Bebawy said he found that bugs and other problems created an “unbelievably dirty” space. But he said he cleaned it up and feels safe working there.

Founded in 2012, FunkyPiece sells “everything from hand pipes, dab rigs, water pipes, bubblers, rolling papers, apparel, grinders, lighters and so much more,” according to its website.