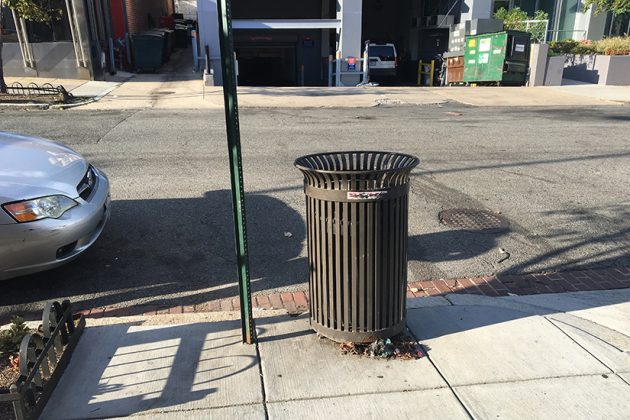 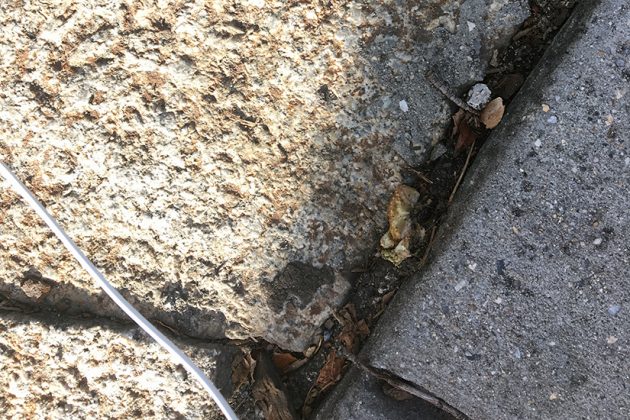 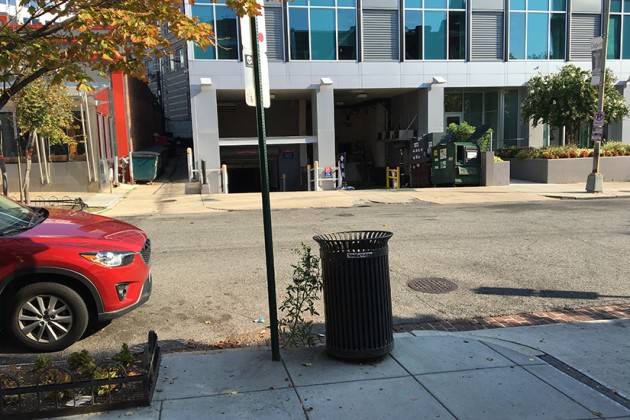 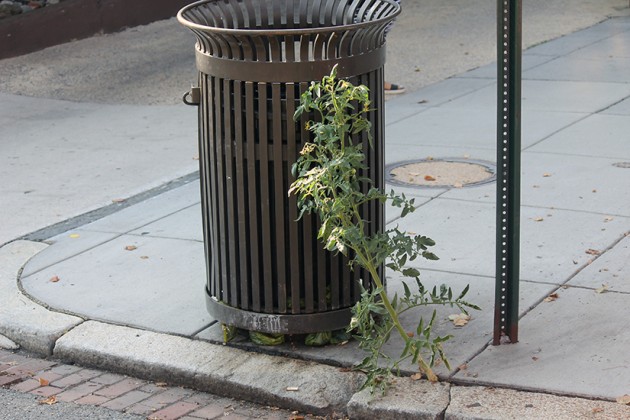 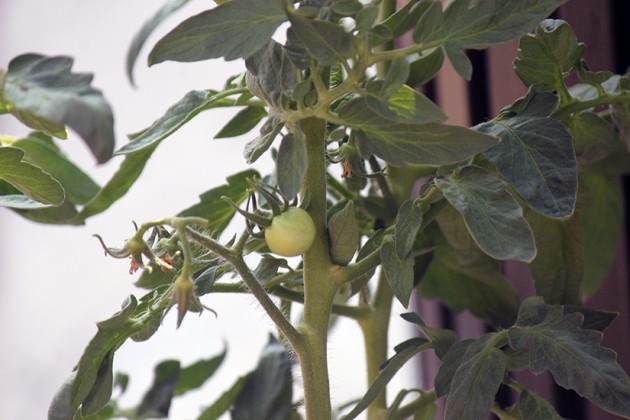 Someone recently removed the plant from a crack in the sidewalk where it grew near the intersection of Connecticut Ave. and S St. NW.

Dupont ANC commissioner Amy Johnson tipped us off to the potential “vegicide” on Sunday:

“Somebody chopped it down at the root!” reader and part-time tomato grower Russ Tisinger said in an email yesterday. “Makes me so angry.”

The plant — which spawned a popular local Reddit thread last week — was nearly as tall as the trash can next to it and was dotted with small yellow flowers and a handful of unripened green fruit.

And now it is gone. A visit to the site yesterday revealed someone appears to have cut the plant off at the stem.

Who could have removed the plant, and why? Given the plant’s popularity, it’s possible someone destroyed it for nefarious reasons. It’s also possible a city worker threw it away, as was the case with Freddie Da Firetruck.

A representative for the D.C. Department of Public Works, the city agency that oversees many of the city’s trash cans, said the District is looking into whether one of its workers may have chucked the plant.