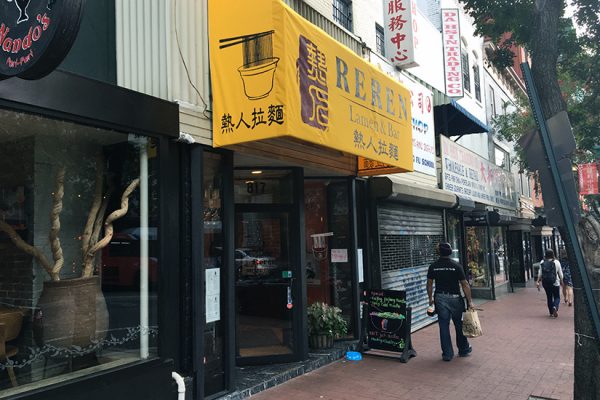 A newly opened eatery in Chinatown seeks to add beer, wine and maybe some cocktails to the menu.

Reren (817 7th St. NW), which opened its doors in May, has applied to start serving alcohol, according to a recent filing with D.C.’s Alcoholic Beverage Regulation Administration (ABRA).

The eatery’s owners would like to serve alcoholic drinks alongside its menu of noodles, dumplings and soup, according to legal representative Eugene Mark. Though the drink menu hasn’t been finalized, it will likely include beer, wine and cocktails, he said.

D.C. alcohol regulators are expected to make a decision on the application in the coming weeks or months.