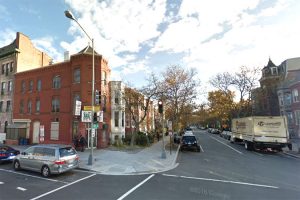 The armed carjacking happened on the 600 block of Q Street NW about 1 a.m. today. The area is about two blocks south of the Shaw-Howard University Metro station.

The victim was bringing a pizza to a man on Q Street when the individual came up to the victim’s car with a handgun, according to authorities. The man with the gun then ordered the victim to leave his car and hand over his money.

The pizza man got out of his car and gave up his cash soon after. The man with the gun then hopped in the car and drove off.

Police described the car and the suspect in a tweet after the crime: