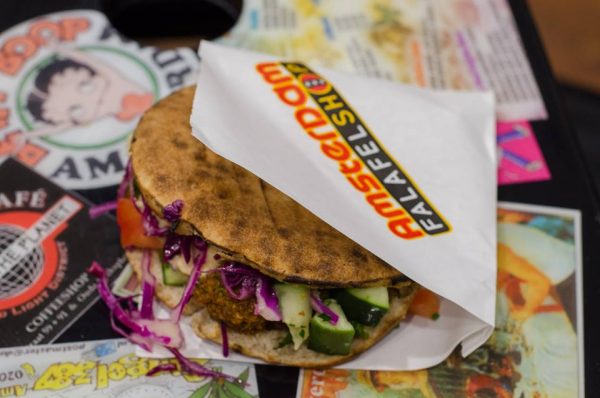 Dupont Circle might get a new place for falafel sandwiches and fries.

Amsterdam Falafelshop is “exploring” the possibility of opening a location at 1829 M St. NW, president and CEO Arianne Bennett told Borderstan. House of Kabob, which currently occupies the space, is closing, a worker there said. But the restaurant’s departure date wasn’t clear.

Local blog PoPville first reported rumors yesterday that Amsterdam Falafelshop is replacing House of Kabob. In March, a “very good source” told the blog that House of Kabob would shut down in October.

Founded in 2004 in Adams Morgan, Amsterdam Falafelshop has seven locations across the country.

more stories
Previous
Tesla to Open Showroom in CityCenterDC
Next
What to Expect Around Town This Weekend (Sept. 17-18)