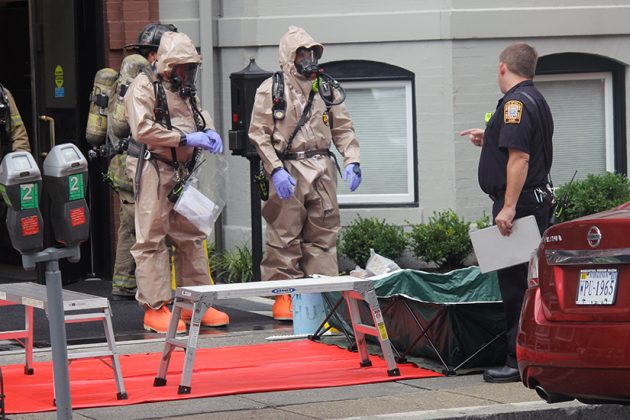 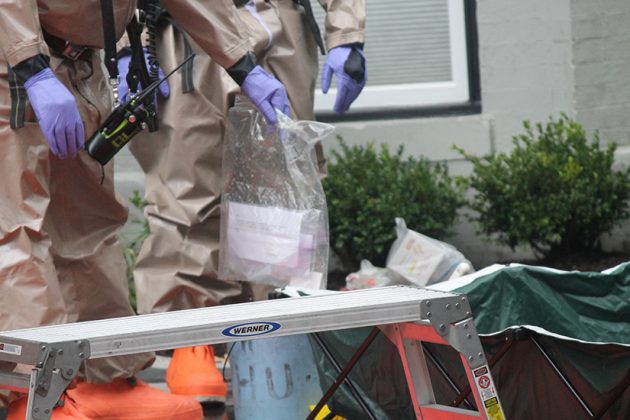 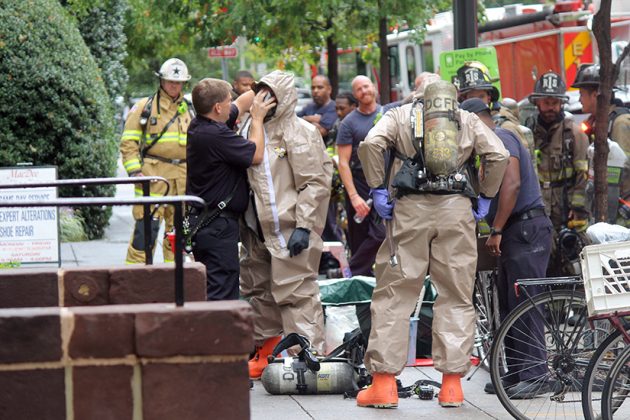 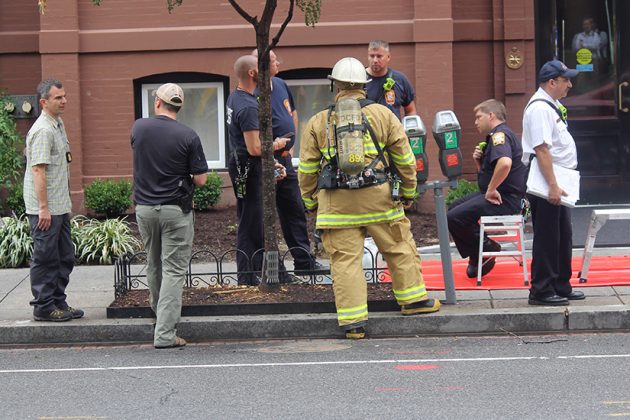 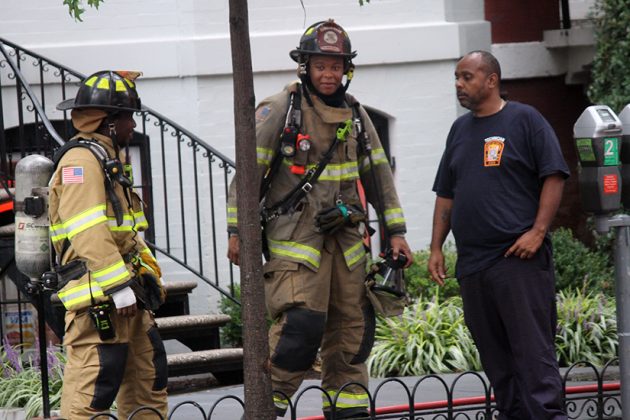 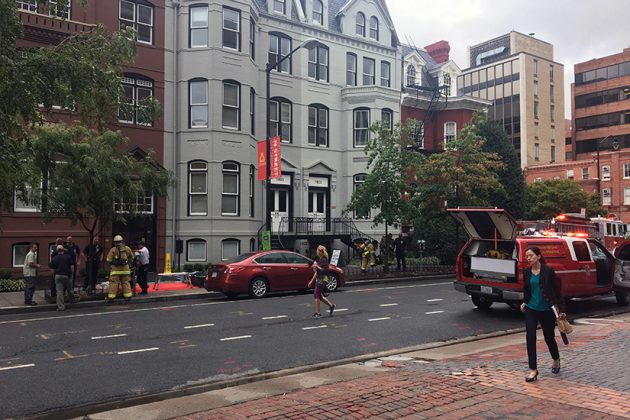 (Updated at 4:33 p.m.) The discovery of a mysterious powder inside of a Dupont Circle building prompted an investigation from the D.C. Fire and EMS hazmat team this afternoon.

Someone discovered an “undetermined substance described as a white powder” inside of a building on the 1800 block of N St. NW just after 3 p.m. today, according to D.C. Fire and EMS spokesman Vito Maggiolo.

The powder was determined to be not hazardous around 4:15 p.m., Maggiolo said. He did not say what the powdery substance was.

Earlier, several hazmat workers could be seen donning protective suits in front of the building. It’s unclear whether the building was evacuated at any time.