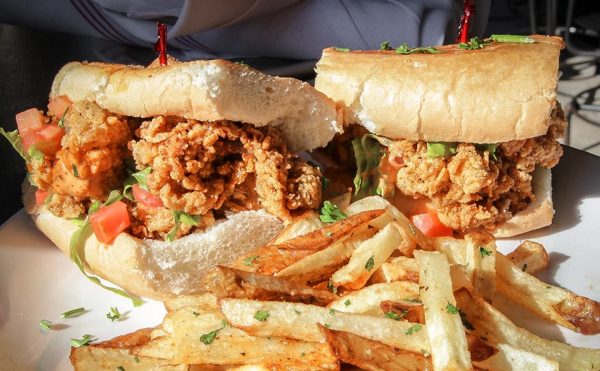 (Updated at 2:55 p.m.) The bar and restaurant above the Ben’s Chili Bowl on the H Street corridor has a new name after about a year in business.

Ben’s Upstairs bills itself on its website as “Southern with a splash of Caribbean.”

“We are all very exited and cant wait to share food, fun, and good times with the neighborhood,” Iguina said.

Ten 01 served jerked salmon, but few of the other items at Ben’s Upstairs.

The old restaurant said on its website it had “spirited and creative food,” including a pork belly sandwich and shrimp and half-smoke corn dogs, which have disappeared from the menu.