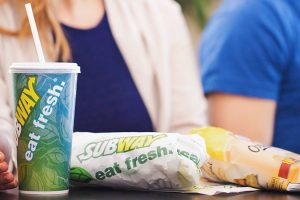 Subway is set to get another place to sell its cold cut combo and meatball marinara sandwiches in the NoMa area.

The D.C. government this week issued a permit to build an outpost of the sandwich shop chain at 90 K St. NE, according to public records.

Construction crews will convert a “warm vanilla shell” into a 1,725-square-foot restaurant with 39 seats, a permit says.

“We look forward to adding another restaurant,” he said.

The eatery will open about a half-mile from Subway locations in Union Station and at 800 North Capitol St. NW.