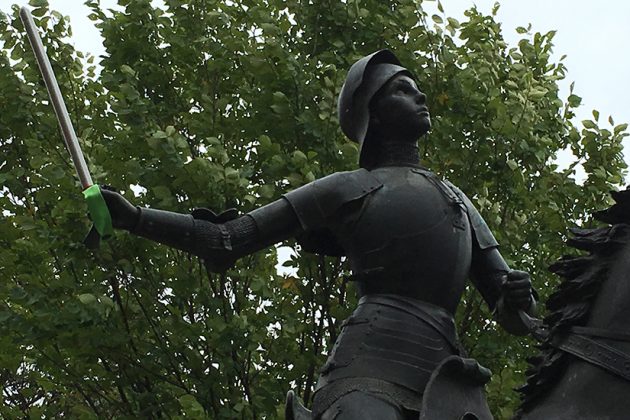 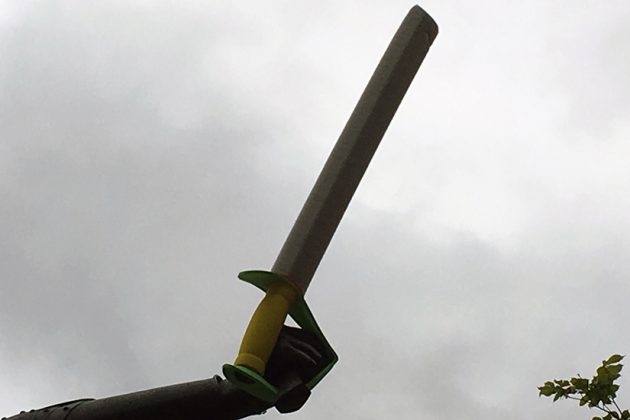 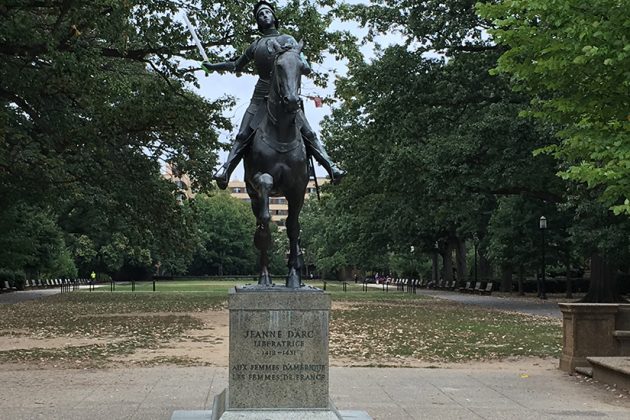 Someone slipped what looks to be a foam sword into the statue’s hand sometime over the weekend. The sword, which has a slightly rounded edge and a yellow handle with a green guard, is considerably shorter and flimsier than the cast iron weapon vandals broke off and stole last Tuesday.

But at least it’s something?

The sword’s disappearance — which we were first to report last week — has kicked off plenty of speculation. Who took the sword? How did they remove it? Why did they take it?

Neither the National Park Service or the U.S. Park Police know exactly what happened, but both are actively investigating the crime.

The last time someone disarmed Joan of Arc, also known as Jeanne d’Arc, was in 1978, according to local history blog Ghosts of DC. The statue finally got its sword back in 2011.