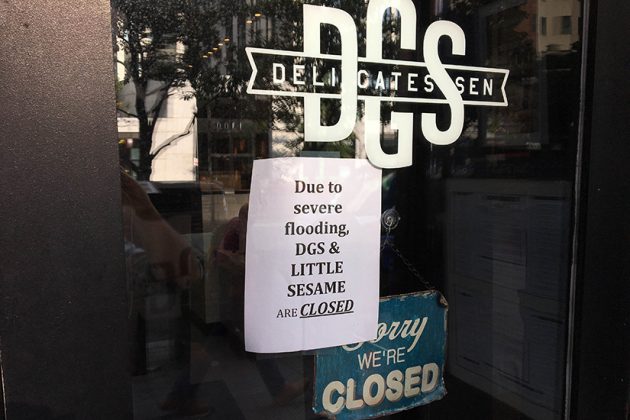 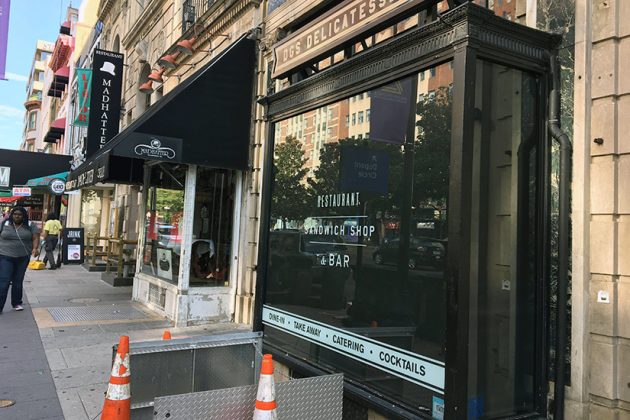 A Dupont deli is closed for now, apparently due to damage caused by flooding.

A sign on the door of the restaurant says the sandwich shop and its pop-up hummus shop, Little Sesame, are closed due to “severe flooding.” A tweet sent out earlier today says the business suffered “flood damage.”

DGS Dupont and #LittleSesame remain CLOSED due to flood damage. We are working to reopen as quickly as possible.

Though it was unclear when the eatery might reopen, a contractor working on the building’s pipes earlier this morning speculated it could be as late as this Wednesday.

We were unable to reach a DGS representative to comment on the closure. We’ll update this story if we do.