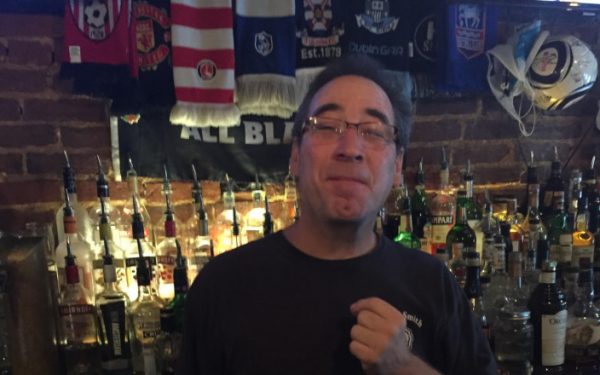 A Queen Vic employee has launched an online campaign to raise money for a co-worker who is struggling to pay his family’s medical bills.

Joe Schinosi, who has tended bar at the H Street corridor watering hole since it opened in 2011, has a wife with type 2 diabetes, a daughter with lymphoma and another daughter who needs surgery for her lower abdomen, according to the fundraising website Whitney Tallarico set up over the weekend.

Schinosi has medical insurance, but it doesn’t cover his daughter’s surgery. The bartender also went through his family’s savings to care for his daughter with cancer and his wife before he got his current insurance plan.

“While Joe works as many nights at the bar as he can, the costs are staggering, and the pressure on him is immense,” Tallarico says on the website. “This is why friends of Joe are requesting your support.  Joe has been looking out for his colleagues, the H Street neighborhood, and each patron who comes up to his bar for years, but that’s barely the tip of the iceberg.”

Queen Vic co-owner Roneeka Bhagotra said Schinosi is an “incredibly loyal, warm and intelligent man,” who works hard and is always ready to help people when they need it.

“Their medical struggles have taken a toll on all of them financially, emotionally and physically,” she said. “It has been heart breaking for those of us that know them to see what they are going through, but the amazing amount of support that he has received from friends, regulars and colleagues is a real testament to who he is.”