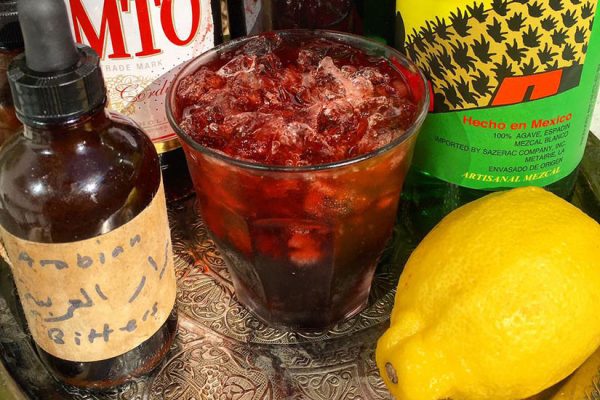 (Updated at 11 a.m.) Hillary Clinton supporters can toast the Democratic presidential nominee with a “F–ck Trump” punch near the U Street corridor this weekend.

The drink, formerly known as the “F–k ISIS” punch, has “stamina,” which includes mezcal, lemon juice and house-made “Arabian” bitters, according to a Green Zone Facebook post.

Run by Chris Hassaan Francke, who is part Iraqi, The Green Zone has sold its cocktails with an Arabic twist at various D.C. bars over the past couple years. In addition to the punch, The Green Zone’s drinks include the “Deer in Cihangir” (with rye whiskey, raki and Turkish spices) and the “Under the Pomegranate Tree” (with pomegranate and arak).

“I grew up eating Arabic food, so I thought there must be a way to combine these flavors that I grew up with into cocktails,” Francke told the Washington City Paper in 2015.

After this Saturday, The Green Zone is scheduled to continue its pop-up events at Darnell’s at Manchester every Saturday until Dec. 17, except Oct. 22, according to Francke. He is slated to start slinging cocktails at 5 p.m.