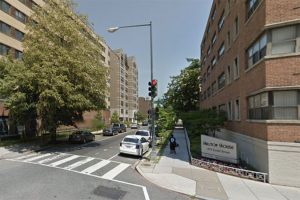 Two young thieves forced a man out of an elevator and robbed him in Columbia Heights yesterday afternoon, police said.

The victim was in an elevator in an apartment building in the area when two boys got in the elevator with him, according to authorities. They then pushed him off the elevator and went through his pockets.

The boys took the victim’s wallet soon after and fled.

Police put out this tweet with suspect descriptions after the crime:

A man also appeared to scare away a would-be burglar in Adams Morgan yesterday afternoon, according to authorities.

The incident occurred on the 2600 block of Adams Mill Road NW about 2 p.m. Monday.

The man was in his home when he heard what sounded like someone trying to pry open a door into his place, police said.

He then screamed at the person to stop and leave. Eventually, he went to investigate, finding no one near his door. But there were marks from prying near the edge of the door.