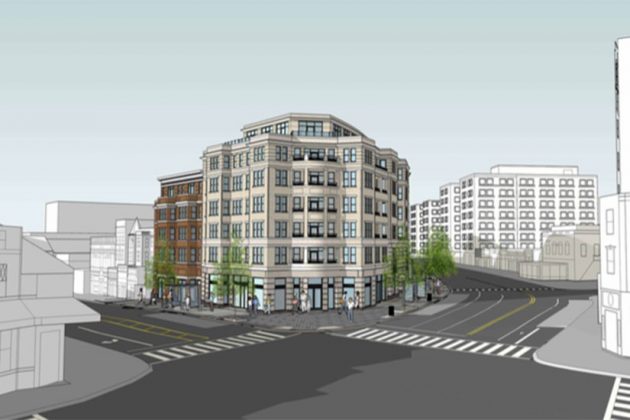 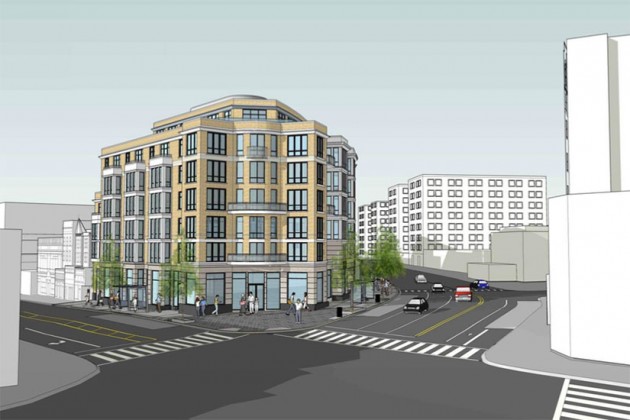 (Updated at 10:35 a.m. Friday) A developer looking to put in a new mixed-use building in the heart of Adams Morgan has failed again to pick up the support of a group of local officials representing the neighborhood.

In a 6-0 vote on a non-binding resolution last night, Advisory Neighborhood Commission 1C for a second time opposed a PN Hoffman plan to build on the SunTrust plaza and the rest of 1800 Columbia Road NW. ANC 1C officially noted its anxieties with the project for the first time this past spring.

The unanimous vote came after the panel’s planning and zoning committee last month recommended that the full ANC continue its fight against PN Hoffman. Planning and zoning committee members said at the time they weren’t satisfied with revisions the developer made to the building’s aesthetic and size since the full ANC opposed the project in May and members of the District’s Historic Preservation Review Board expressed concerns about it in June.

Before yesterday’s vote, frustrated ANC 1C commissioners and Adams Morgan residents lashed out at PN Hoffman’s representatives at the meeting.

“It’s just too damn big for 18th Street,” ANC 1C chairman Ted Guthrie said. “Part of the problem is not just the height, but also the mass of it.”

In an effort to address concerns from ANC 1C and HPRB earlier this year, PN Hoffman lowered sections of the building on 18th Street to five stories, reduced the development’s height by five feet and bulked up the front of the structure, cutting the size of its proposed plaza by five feet, according to the developer.

“I think we’ve made some significant strides in terms of the design,” said Bao Vuong, a vice president of development for PN Hoffman.

ANC 1C commissioner Billy Simpson said he and his colleagues support development in Adams Morgan, but have struggled with PN Hoffman’s plans for the SunTrust building, which sits at a prominent location in the neighborhood.

Opponents of PN Hoffman’s proposals for the property have lamented that locals could lose a large open space for people to congregate and get a building that doesn’t fit in with the rowhouses in the area.

“This project is just in a very challenging location,” Simpson said. “If the exact same building would have been proposed for any number of other locations in Adams Morgan, I probably would have supported it right off the bat.”

HPRB likely will consider PN Hoffman’s plans this month. Unlike the ANC, the historic preservation board must sign off on the developer’s proposal for construction to begin.

Do you back PN Hoffman’s latest plan for the SunTrust property? Take our poll.