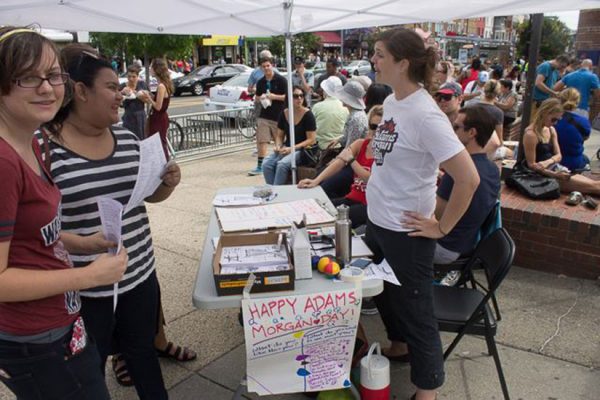 The Adams Morgan Community Alliance, an all-volunteer group of Adams Morgan residents and business owners who set up the annual event this year, have created an online survey for locals to share their thoughts on the festival, which began in 1978.

Questions include: “What was your overall impression of the event?” and “What would you like to see in 2017?”

“Your input on this year’s Adams Morgan Day and what you would like to see next year is very important,” the survey website says.

Adams Morgan Day had sidewalks and open spaces around the neighborhood filled with bands, artists and local businesses on Sept. 11. Carol Miller, who helped set up the festival, told Borderstan earlier this year that organizers aimed for a community-focused event with a “mellow” vibe.

The festival, which once drew tens of thousands of people to the neighborhood and shut down 18th Street NW, was temporarily canceled in 2015 amid financial woes. But Adams Morgan residents kept it alive by creating a scaled-back version of the extravaganza.