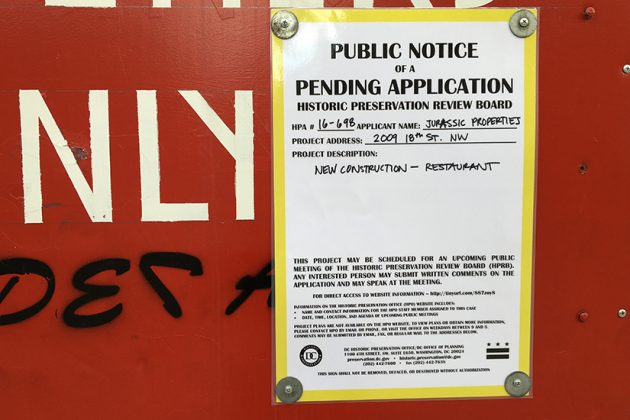 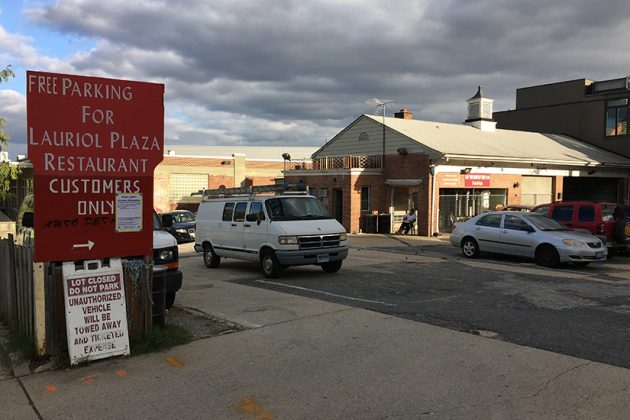 Adams Morgan’s newest eatery could take shape on a plot of land currently used as a parking lot.

A developer called “Jurassic Properties” has filed plans to construct a new restaurant at 2009 18th St. NW, according to a Historic Preservation Review Board public notice a Borderstan reporter spotted yesterday. The plot of land is currently used as a parking lot for Dupont restaurant Lauriol Plaza.

Though it’s unclear exactly what the new restaurant would entail, a representative for the company that owns Lauriol Plaza (and Cleveland Park’s Cactus Cantina) said a new “American restaurant” was in the works at that address but didn’t elaborate.

We’ll update this story if we learn more about the plans.