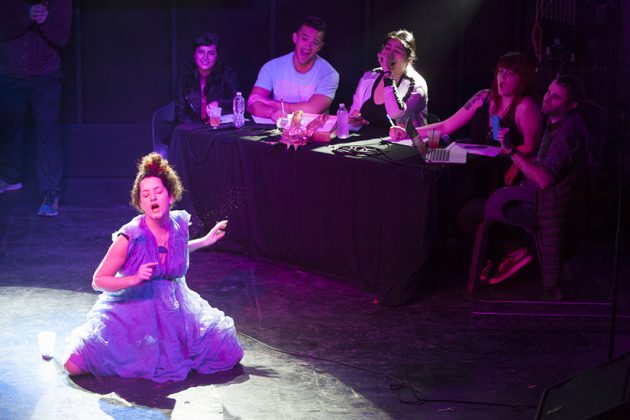 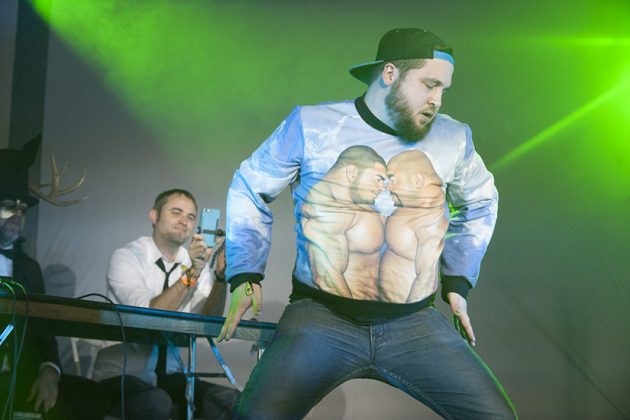 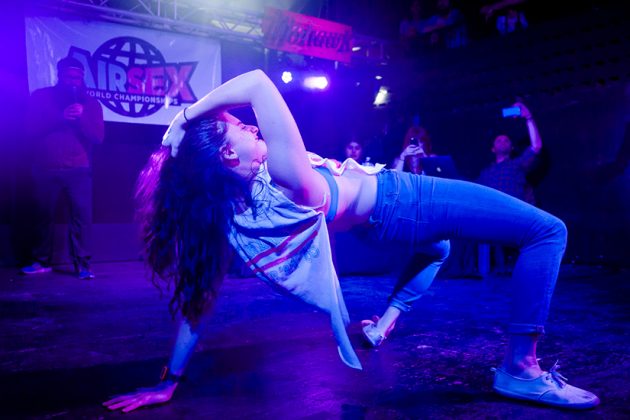 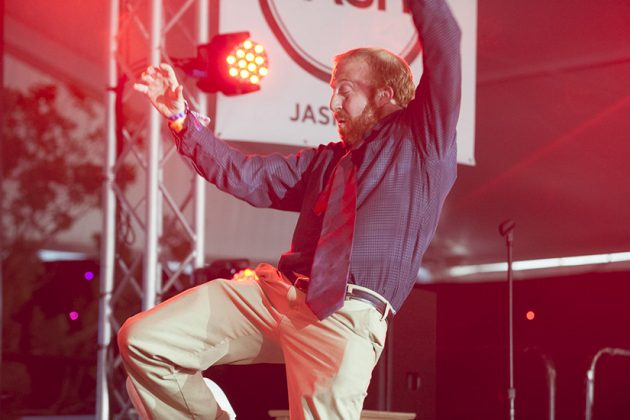 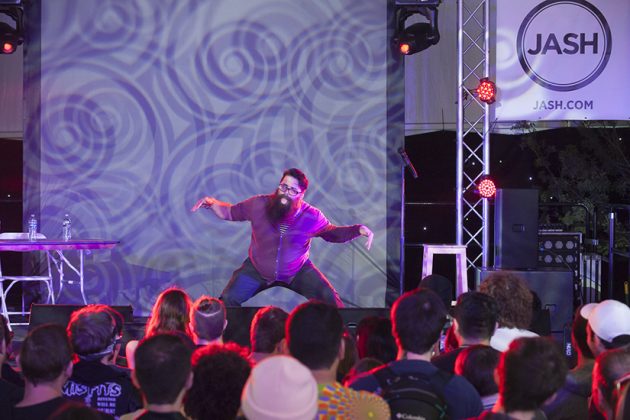 The nationally touring roadshow that has people thrusting and gyrating alone onstage is returning to H Street next week.

The latest installment of the “Air Sex Championships” will take place at Rock and Roll Hotel (1353 H St. NE) next Thursday, Oct. 20.

During the event, performers in colorful costumes compete to see who can have fake sex better than their peers. A usual air sex routine involves lots of solitary stroking, thrusting, licking and kissing. It’s like air guitar, but, well, it’s sex, said host Chris Trew.

“They’re so brave and they … act out these routines that we’re taught are super taboo,” he said. “It’s very exciting to have all that contained within a comedy show.”

Not sure if you’re into that kind of thing?

“If you enjoy live sporting events, if you like laughing and if you think sex is fun, then this is definitely the show for you,” Trew added. “Even if you’re two of those three things.”

And you don’t have to just watch, either. Anyone in the audience can sign up to try their hand at faux-fornication, Trew explained.

“I really just want people to know they can sign up the night of the show. Oftentimes, people don’t realize that,” he said. “We want people from D.C. who have never done the show before to come and try it out.”

Tickets are $15 and can be purchased online.

More about the Air Sex Championships from a press release:

Entering its eighth year as a nationally touring roadshow, Air Sex is the worlds first SPART – a combination of sports and art. Each Air Sex show combines the pageantry and prestige of professional sports with the excitement and creativity of a first-rate talent competition.

It’s a comedy show that brings people together in a respectfully dirty, unpredictably ridiculous, and oddly touching celebration of sexual freedom and expression. It’s a serious competition to see who can fake-f*ck nobody better than anybody else. Beyond that, it’s a show you’ll have to experience yourself to believe. The show is hosted by comedian Chris Trew, who weirded out millions with his Air Sex demonstrations on America’s Got Talent (Howard Stern said we were “highly offensive”) and The Bad Girls Club. The show has delighted audiences at major festivals and events like FunFunFun Fest, the AVN Awards, the Perth Sexpo, Cinekink, Green Gravel Fest, Pemberton Music Fest, Moontower Fest, and the 2015 & 2016 Sturgis Motorcycle Rally.