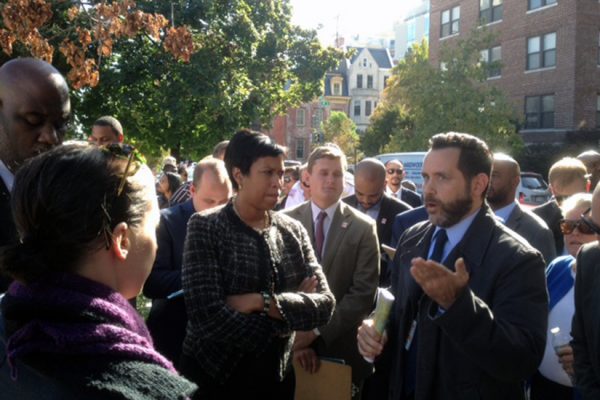 Smoke Pours From Petworth Playground Fire  — A playground in Petworth erupted in flames last night, spewing smoke into the sky. Nobody was injured in the blaze, according to D.C. Fire and EMS. Authorities are still investigating what may have caused the fire. [Washington Post]

Nick Cannon Visits D.C. Jail Weekly for Howard University Class — Celebrity actor Nick Cannon meets once a week at the D.C. Correctional Treatment Facility for a Howard University class called “Inside Out: Crime and Justice Behind the Wall.” Addressing some of the inmates, Cannon said he wants to “hear your stories and journeys so when I am speaking on these big platforms, I am speaking for all of us, and not just my own opinion.” [Washington Post]

Hotel Coming to Truxton Circle? — An application recently filed with D.C.’s Zoning Commission shows a new hotel could be in the works on North Capitol Street. [UrbanTurf]