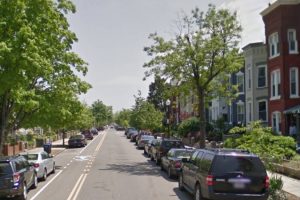 A thief with a knife stabbed and robbed a man near the H Street corridor last night, police said.

The victim was between Florida Avenue and H Street NE when a man came up to him and asked for the time, according to authorities.

Fearing the man was a robber, the victim started to run off. But he didn’t get far.

The victim couldn’t get away from the man, who stabbed him with a knife once in the back. The man with the knife then took the victim’s iPhone, wallet and keys.

Police released the following tweet with a suspect description after the crime: