Mount Pleasant, the residential neighborhood in Northwest Washington, is bordered by Rock Creek Park to the north and west, Harvard Street to the south, and 16th Street the east. 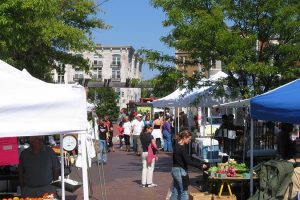 Originally part of the Pleasant Plains neighborhood of D.C., Mount Pleasant Village (as it was called) came about during the Civil War when Samuel P. Brown bought approximately 73 acres of land. Although part of the District, it was considered very rural. The designed street grid of Mt. Pleasant is different than other parts of the District.

The majority of houses and apartment houses in Mount Pleasant were built between 1900-1925. Accordingly, the Mount Pleasant Library was built in 1925 with funds from philanthropist Andrew Carnegie.

Mount Pleasant was marketed to middle to upper class people and was the home of such celebrities as Helen Hayes, Walter Johnson, and Robert LaFollette. In the 1960s, the neighborhood underwent transition with an influx of Central American immigrants. Many of the new residents opened businesses that catered to Hispanics with a thriving commercial corridor. 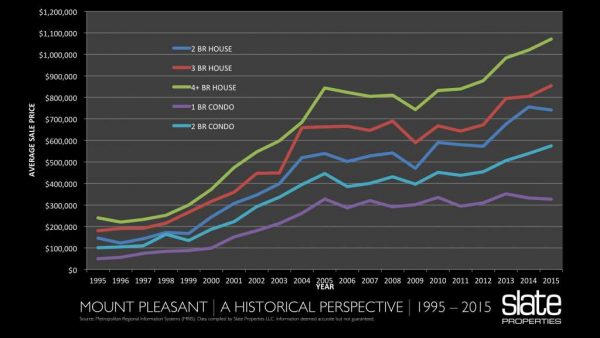