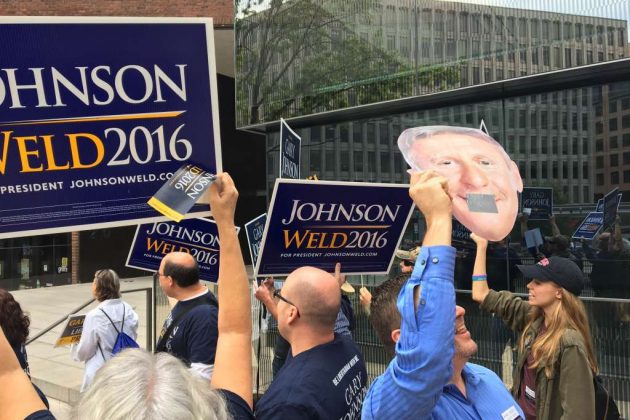 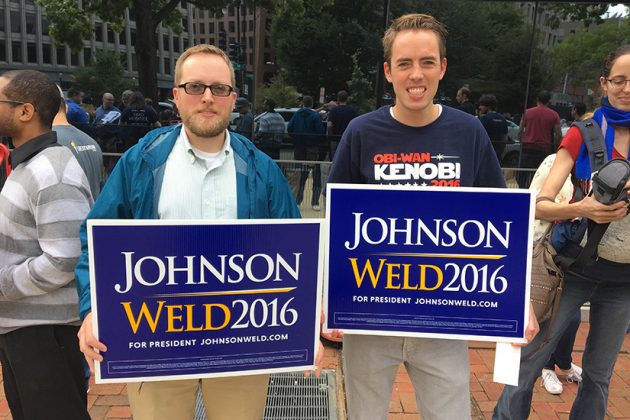 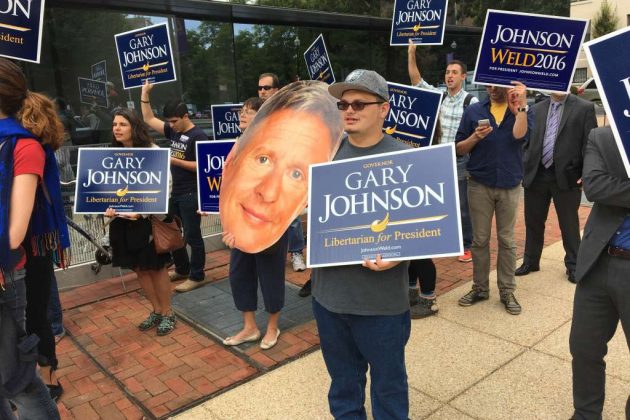 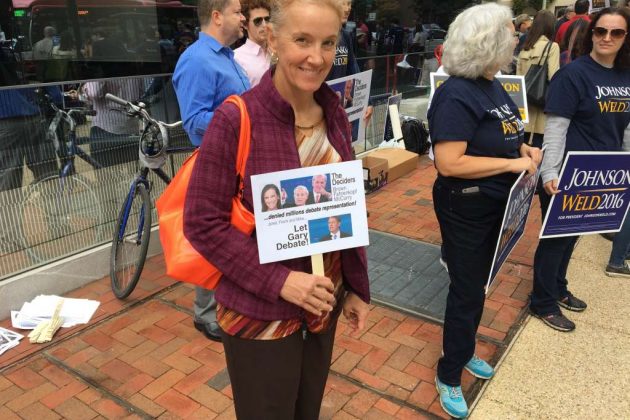 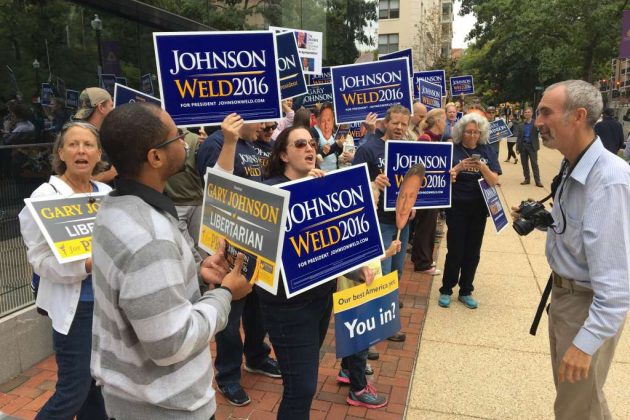 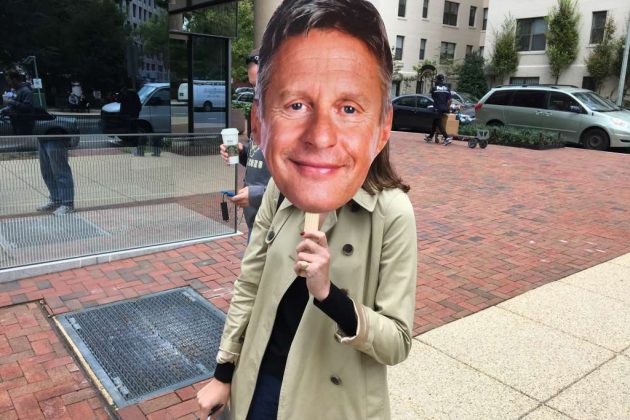 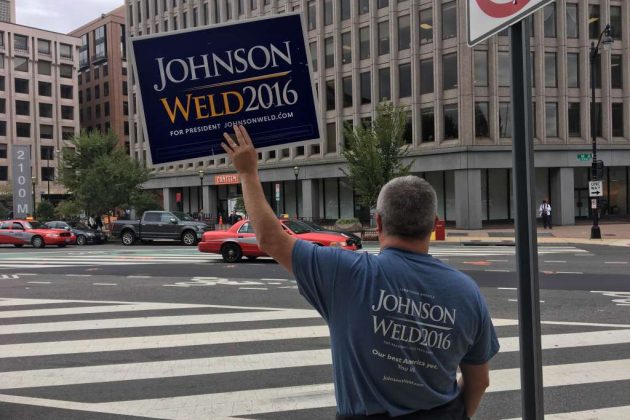 Dozens of people gathered in West End this afternoon to rally in favor of letting Libertarian candidate Gary Johnson participate in the third presidential debate next Wednesday.

I think these folks want to let @GovGaryJohnson debate! pic.twitter.com/UJZb0EcxAx

Some attendees, like Dustan Bower, came in part to protest the system by which we choose our president.

“I think that the two old parties… basically are completely detached from the reality of most voters,” Bowser said. “They try to force them into one of these positions.”

For brothers Scott and Tyler Nielson, the rally was a way to show support for the candidate they thought would do the best job in office.

“I legitimately believe Gary Johnson is a better choice. He’s more qualified than either of the major party candidates,” Tyler said. “Gary Johnson and Bill Weld could do a better job of governing by consensus,” added his brother, Scott.

“We need a third party among Hillary and Donald,” Sadler said while clutching a massive Johnson head. “There’s two scandalous nominees who are running, so we need a sensible candidate.”

And it wasn’t just staunch Libertarians that rallied for Johnson, either. Amber Kasbeer said she thought current U.S. President Barack Obama “did a great job,” given the circumstances. But she stressed that the country needed another calm, collected leader at the helm.

“Given the choices this year, it’s really hard for me to press any sort of vote button other than for someone I feel is a decent human being,” Kasbeer said. “It’s almost becoming kind of like religious sects, in a way. Neither one is listening to each other anymore. That’s kind of disturbing.”

more stories
Previous
Inside Real Estate With Kevin: A Historical Perspective on Mount Pleasant Real Estate
Next
Black Men, Boys Star in ‘We Love You’ Mural at Union Market