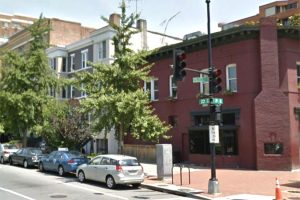 A man was shot in Dupont Circle over the weekend, police said.

The shooting happened on the 1500 block of 22nd Street NW about 3 a.m. Saturday.

The victim was in his car about three blocks west of the Dupont Circle NW traffic circle near Rock Creek when he saw a group of people arguing nearby, according to authorities. He then got out, and somebody with a handgun shot him in the neck.

The shooter fled soon after.

Police said the suspect has the nickname of “Ant.” But they didn’t release any other information about the individual.

more stories
Previous
Borderstan Brief
Next
Could Henry’s Soul Cafe Return to U St. In Time for Thanksgiving?