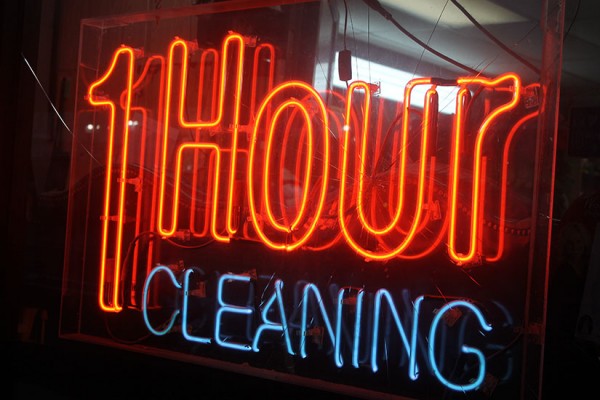 Cops Nab Man Suspected of Firing Gun Downtown — D.C. Police have arrested a man who allegedly fired a gun several times near Franklin Square last week. Though nobody was injured in the incident, several people ducked for cover when shots rang out. [Washington Post]

How the Sausage Gets Made — The half-smokes at Ben’s Chili Bowl come from a meat processing plant in West Baltimore. [Baltimore Sun]

What to Expect From The Line in Adams Morgan — When Adams Morgan’s newest hotel finally opens its doors next year, it will bring with it several restaurants from Erik Bruner-Yang of Maketto and Spike Gjerde of Baltimore’s Woodberry Kitchen. Here’s what’s in store. [Washington Post]

Erik Bruner-Yang Creating Salad for Sweetgreen — Patrons at the fast casual salad eatery will soon be able to order a salad created by Maketto’s Erik Bruner-Yang. The salad will include roasted chicken, tofu, wild rice and ginger slaw, among other ingredients. [Washingtonian]

Columbia Room Among Playboy’s ‘Best Bars’ — Playboy readers have named the newly reopened bar among the top 10 bars in the U.S. (This link is safe for work.) [Playboy]