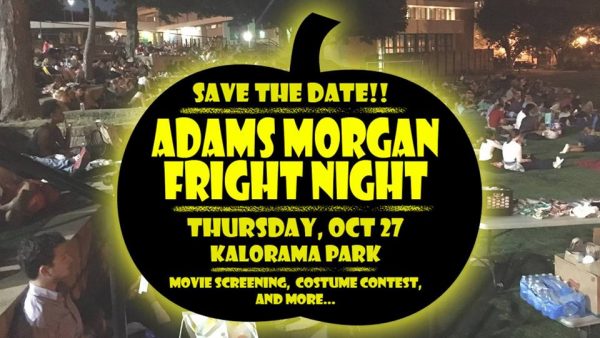 The original “Ghostbusters,” “Beetlejuice” or another movie with spooky characters could get a free outdoor showing in Adams Morgan next week.

The Adams Morgan Partnership Business Improvement District is scheduled to have a movie screening during its family-friendly “Adams Morgan Fright Night” at Kalorama Park (1875 Columbia Road NW) on Thursday, Oct. 27.

The event, which is set to run from 6 to 9 p.m., also is slated to include a costume contest.