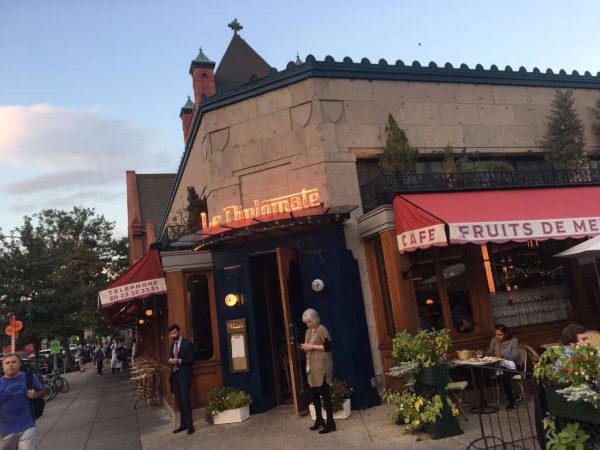 ‘Power Dining’ in D.C. — Unsurprisingly, D.C.’s rich and powerful residents like to eat at places like Le Diplomate in Logan Circle and Fiola Mare in Georgetown. [New York Times]

Actually, Though, ‘Power Dining’ Isn’t Real — The thing is, the District’s big shots have to eat somewhere. And, as it turns out, they like to eat good food. To quote Washingtonian’s Jessica Sidman: “Of course politicians and pundits are dining at Fiola Mare and Le Diplomate. Anyone who gives a damn about food in D.C. is also eating there. There’s no grand conspiracy that brings ‘important’ people to the same bowls of pasta.” [Washingtonian]

Metro Transit Officers Take Teen Down Over Chips — A Metro Transit Police officer brought a young black woman to the ground at Columbia Heights Metro station Tuesday afternoon. Why? She apparently refused to put away a bag of chips. [DCist]

‘Tis the Season for Christmas Bars — All three of Derek Brown’s Shaw bars (Mockingbird Hill, Southern Efficiency, and Eat the Rich) will transform into the Christmas-themed “Miracle on Seventh Street” starting on Friday, Nov. 25. [Washingtonian]