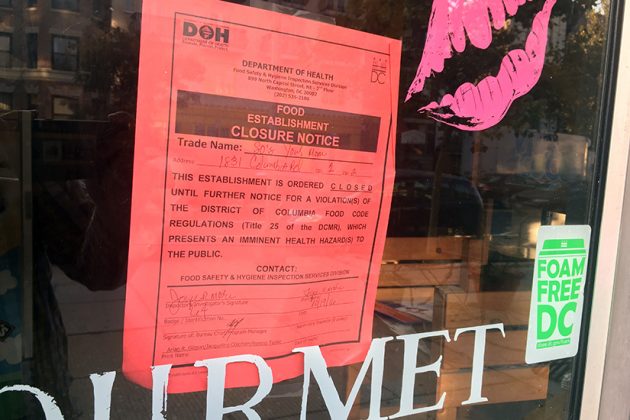 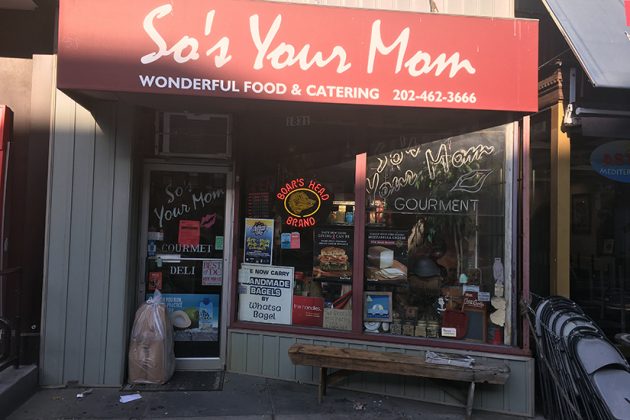 A deli in Adams Morgan is closed for now after a food safety and hygiene inspector reported finding evidence of pests there, according to the D.C. Department of Health.

So’s Your Mom (1831 Columbia Rd NW) can’t serve customers until further notice for “failing to minimize the presence of insects, rodents and other pests on the premises,” the DOH said in a notice yesterday.

“We’ve never been closed,” he told Borderstan. “The exterminator has stopped by. He’s done everything.”

Kim said he hopes to reopen as soon as the health department gives his restaurant the go-ahead.

“I’m just waiting for the inspector to call me,” Kim said. “I don’t know. The D.C. government is very strict.”

This isn’t the first restaurant on that block recently closed by the DOH. Pop’s SeaBar (1817 Columbia Rd. NW) was shuttered last month after health inspectors found evidence of rodents there. The bar reopened soon after its closure, however.

The DOH didn’t immediately provide any further details about the closure. The agency typically releases full reports on restaurant closures within a week or two of its inspections.