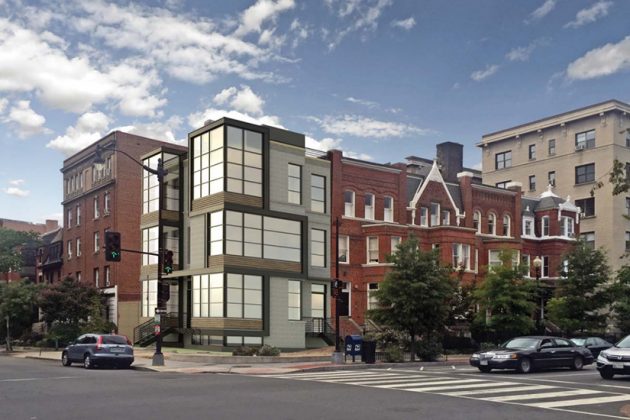 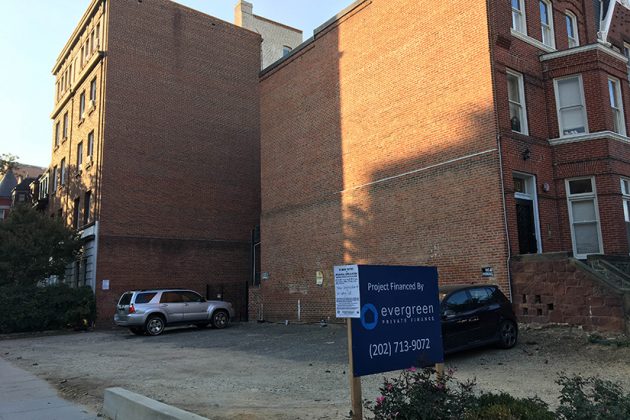 Developer CAS Riegler seeks to build a a new three-story building on the vacant lot at 1500 17th St. NW, according to plans shared with Borderstan. The building would hold two residential units and include a penthouse and basement, the plans show.

A representative of the developer revealed the company’s plans during a Dupont Circle ANC meeting last Thursday. Though the neighborhood commission supported the plans, its members recommended several design changes to “better incorporate this project into the historic character of Dupont Circle.”

“The project as proposed feels somewhat out of place and has a very sharp — almost jarring — contrast into its historic context,” the commission wrote in its resolution.

Recommended changes include redesigning the building to include different materials, making the windows on the east elevation smaller and moving the penthouse west so it doesn’t appear as large from P Street.

CAS Riegler is slated to present its plans to the Historic Preservation Review Board later this month or early next month.

more stories
Previous
Man Pushed Into Bushes, Robbed Near U Street Corridor
Next
What to Expect Around Town This Weekend (Oct. 22-23)