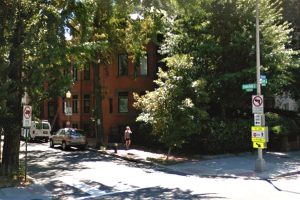 A thief knocked down a man and robbed him about two blocks south of U Street NW in Dupont Circle last night, police said.

The robbery happened on the 1600 block of Swann Street NW about 10 p.m. Thursday.

The victim was walking in the area when a man came up to him after possibly following him from the 1800 block of 17th Street NW, according to authorities. The man then pushed the victim into some bushes, causing him to fall.

The attacker soon after grabbed about $120 from the victim’s wallet and fled.