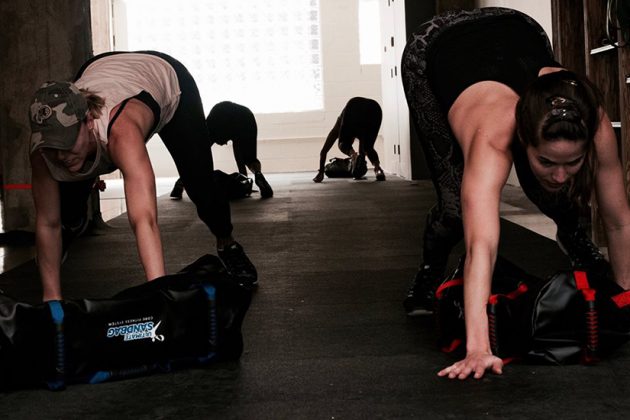 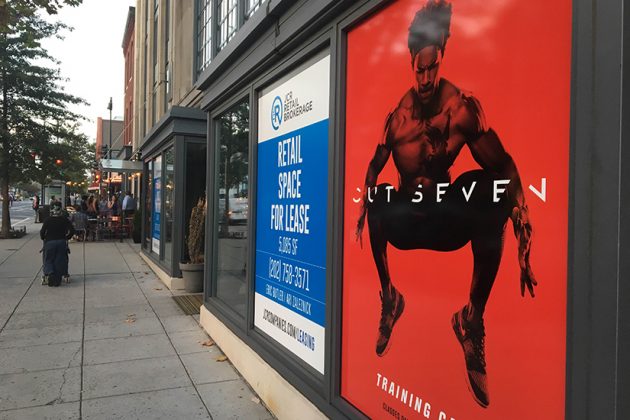 A gym coming soon to Logan Circle has opened a pop-up workout space on 14th Street.

Cut Seven, which is due to open soon at 1101 Rhode Island Ave. NW, turned the former Timothy Paul space at 1529 14th St. NW into a temporary studio for fitness classes about two weeks ago, according to co-owner Alex Perrin.

Over the next two months, Perrin, along with her husband, Chris, will oversee training camp classes designed to give locals a “total body sports conditioning experience.”

“We have a lot of fun unique equipment that D.C. just hasn’t seen yet,” Alex Perrin told Borderstan. “We combine that with functional movement, interval training and total body workouts.”

Each workout focuses on one of seven major muscle groups. During classes, attendees crawl, tug on resistance bands and pull sleds, then come together for something called “seven minutes in heaven,” Perrin explained.

“It’s essentially a finisher,” she said. “A really hard challenge that the team brings everyone through. Everyone is cheering each other on and you feel really empowered and accomplished at the end of the class.”

And the gym isn’t just for those who want to “get cut,” either. People of all fitness levels can participate in Cut Seven’s workouts, Perrin said.

“You feel like you’re walking into a group of friends,” she added. “No matter how hard it gets in the workout, the team will bring you through.”

Classes cost $20 or $15 when purchased as part of a package.