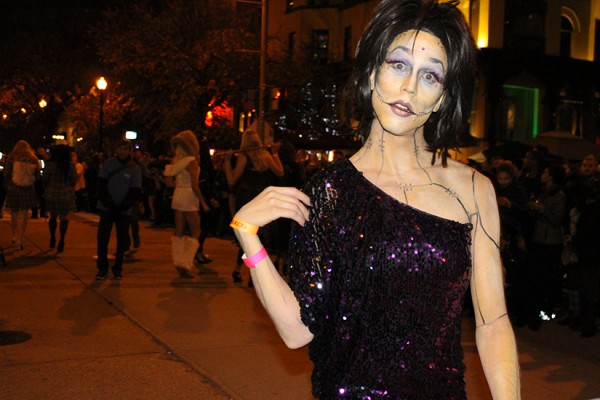 Scores of people are expected to line up along a portion of 17th Street NW tomorrow night to watch runners in high heels and larger-than-life costumes sprint down the block.

This “spooktacular” trivia night tests players’ knowledge on topics such as horror movies, ghost stories and phobias. The event will also include freebies and beer from Elysium Brewing.

A lot in NoMa will be transformed into a festive pumpkin patch next week as part of an annual fall celebration. The event will include food trucks, a bluegrass band, pumpkin carving and a chance to pet some animals. Additionally, NoMa BID will provide pumpkins and carving tools for the first 200 people who show up for the party.

People in spooky costumes are scheduled to sing equally spooky songs during this free event. Though costumes aren’t required to attend, songs must be scary.

The Adams Morgan Partnership Business Improvement District is scheduled to have a movie screening during its family-friendly “Adams Morgan Fright Night.” The event also is slated to include a costume contest.

Comedian and actor Deon Cole will take the stage at this Dupont comedy venue for four nights. Tickets cost $25-$27.

This Mount Pleasant indie cinema will host its first-ever Halloween party. The festive event will include costumes, a free horror movie screening and “spooky tunes.”

Attendees can watch a screening of “M,” a classic Fritz Lang film about a child predator on the loose in Berlin. Following the film, guests can tour all three floors of the Brewmaster’s Castle, from the basement boiler room to the doll collection in the second floor bedrooms.

Bier Baron Tavern’s Halloween-themed standup comedy show and theme party returns to the venue for its third year. The event will include local comics, costume parade, mummy wrap and “other macabre merriment.”

The H Street bar and music venue hopes to settle the age-old feud between Backstreet Boys enthusiasts and Spice Girls fanatics. DJs will spin throwback songs from both groups.

Yankovic, also known for “My Bologna,” “Amish Paradise” and other music parodies, is set to provide live commentary while the film. The show also is slated to include insights from New Yorker writer Malcolm Gladwell, comedian Dave Hill and other yet-to-be-announced guests.