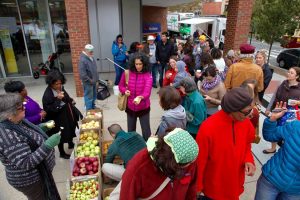 A celebration centered around apples and apple pie will take place in Adams Morgan this weekend.

The festival will feature an heirloom apple tasting from Licking Creek Bend Farms and an apple pie baking contest set to be “judged by a distinguished panel of media personalities and culinary experts,” organizers said. Attendees who want to submit pies for the competition must bake a minimum of three and list the pies’ ingredients to accommodate dietary restrictions.

This year’s judges are:

All proceeds from the event will help benefit the DC Arts Center.